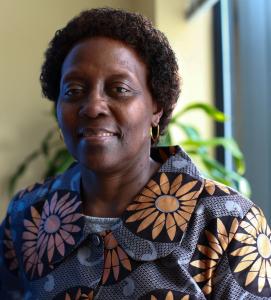 While it’s important to look at all ecosystems, wetlands are particularly important…for ecosystem functions and services…for biodiversity and as essential habitats for migratory species.”
— Elizabeth Maruma Mrema

“While it’s important to look at all ecosystems, wetlands are particularly important,” said Elizabeth Maruma Mrema, Executive Secretary of the United Nations Convention on Biological Diversity. “Particularly for the ecosystem functions and services they provide, such as recycling and moderation of water for freshwater ecosystems to thrive and as essential habitats for migratory species.”

Peatlands are particularly crucial in the fight against climate change. They are powerful carbon sinks – estimates suggest that peatlands store the same amount of carbon that is contained in all terrestrial biomass and twice as much as in all the world’s forest biomass. And, when degraded, they emit vast quantities of greenhouse gases. While peatlands can and are being restored, it is a long-term, not a short-term process.

“We need to be sure our restoration action takes special care and notice of irrecoverable carbon – these are vast stores of carbon that could be released due to human activity and, if lost, cannot be restored by 2050,” said Dianna Kopansky, Coordinator of UNEP-led Global Peatlands Initiative, Speaking at SER2021, the 9th World Conference on Ecological Restoration.

“Wetlands are the standout ecosystems in terms of biodiversity and in their contribution to Earth’s life support,” said Jane Madgwick, CEO of Wetlands International. “Looking to the future, it seems undeniable that we must safeguard the remaining more-or-less intact wetlands and their resilience, plus regenerate others on a big scale for a safe, biodiverse and liveable planet.”

Approximately 25% of all wetland species currently face extinction. And there are proven economic benefits of wetland restoration. The World Resources Institute estimates that for each $1 USD invested, restoration can generate up to $30 USD in economic benefits over time, and halting the decline of ecosystem services could prevent losses of $10 trillion in global income by 2050.

The very recent report from a co-sponsored Workshop on Biodiversity and Climate Change by the Intergovernmental Panel on Biodiversity and Ecosystem Service and the Intergovernmental Panel on Climate Change (IPBES-IPCC) emphasized: “Restoring carbon- and species-rich ecosystems on land and in the ocean is also highly effective for both climate change mitigation and biodiversity, with large adaptation co-benefits.”

Bethanie Walder, Executive Director of SER, said of the findings: “Not only are the climate change and biodiversity crises two sides of the same coin, but ecological restoration can no longer be thought of as separate from the vital work needed to address these two issues in order to protect human health and societal wellbeing.”

About the Society for Ecological Restoration

The Society for Ecological Restoration (SER) advances the science, practice and policy of ecological restoration to sustain biodiversity, improve resilience in a changing climate, and re-establish an ecologically healthy relationship between nature and culture. An international non-profit organization with over 4,000 members in more than 85 countries, we actively promote participatory, knowledge-based approaches to restoration. Learn more about our work at www.ser.org.