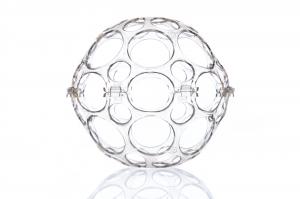 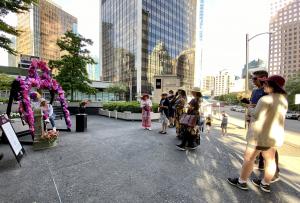 Flower lovers lined up for selfie 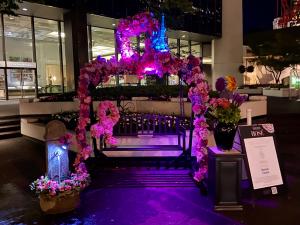 VANCOUVERITES LOVE ‘FLEURS DE VILLES ROSÉ’ – A 10 DAY FLORAL EXTRAVAGANZA WHICH WRAPPED ON THE WEEKEND. THE ‘GUPPY’ WAS FEATURED IN A DECORATED SWING

The FloraGUPPY was honoured to be in the Fleurs de Villes ROSÉ. We know florists and customers are concerned about the environment so we're happy to offer a new eco-friendly alternative to foam.””
— James Wong, FloraGUPPY Inventor

THE FLORAGUPPY – A REVOLUTIONARY ECO-FRIENDLY ALTERNATIVE TO GREEN FLORAL FOAM – A ‘HIT’ AMONG ENVIRONMENTALLY CONSCIOUS VANCOUVERITES DURING ‘FLEURS DE VILLES ROSÉ’ – A 10 DAY FLORAL EXTRAVAGANZA WHICH WRAPPED ON THE WEEKEND. THE ‘GUPPY’ WAS FEATURED IN A ‘SPRING SWING’ DURING THE EVENT

FloraGUPPY – the first eco-friendly alternative to floral foam in 65 years deemed a ‘hit’ among Vancouver visitors and shoppers taking selfies while sitting on a working swing during Fleurs de Villes ROSÉ, a 10-day floral extravaganza.

The swing – decorated with bold, colourful blooms and highlighted with special lighting effects – was a popular floral display among 50 pop-up floral art installations in the heart of downtown Vancouver. Young and old, and even a pet dog were captured for a fun moment. Designer James Wong who invented the FloraGUPPY says he was inspired by his visits to Paris, the Moulin Rouge and the sidewalk cafe culture of ‘people watching’. “I was trying to capture the joie de vie (joy of life) of Parisians,” says Wong.

In support of breast cancer research and hosted by Vancouver business associations, the ‘floral trail' of 50 pop-ups was created by more than 20 of Vancouver’s distinguished florists. Vancouverites lined up to take selfies in front of their creations.
Fleurs de Villes ROSÉ featured eye-catching floral couture mannequins, giant floral hearts, flower bombed antique cars, phone booths bursting with blossoms, and elegant sculptures. Also featured was the revolutionary replacement for green floral foam – the FloraGUPPY which was used in a floral display at the Bentall Centre.

The FloraGUPPY (actually a basketful of them) was used in one of Britain’s top invitation floral competitions at Covent Garden which was judged by royalty.
It’s used by leading florists on four continents and praised by top floral magazines in the UK, USA, Austria and Canada as an eco-friendly replacement for floral foam. Earlier this year the FloraGUPPY was featured during a virtual flower training event – FLEURVANA Spring 2021 – involving as many as 1,000 American florists and growers. Also this year, the UK’s Royal Horticultural Society – the most influential floral organization in the world – banned green floral foam at all of its flower shows including the world’s top show – the Chelsea Flower Show.

FloraGUPPY inventor, James Wong, says, “The FloraGUPPY was honoured to be included in Fleurs de Villes ROSÉ. We know florists, their customers and the public are concerned about the environment so we are happy to offer them an environmentally friendly alternative to green floral foam.”

The game-changing FloraGUPPY looks like a ball with 58 holes of varying sizes and comes in two interlocking halves and is reusable, recyclable and versatile and can be molded in warm water and used for fresh and faux flowers.