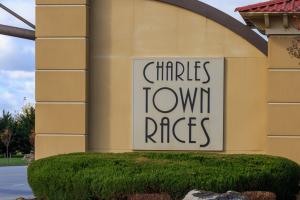 We’re appalled to see the number of deaths at Charles Town as the body count continues to climb.”
— Marty Irby, executive director at Animal Wellness Action

“We’re appalled to see the number of deaths at Charles Town as the body count continues to climb," said Marty Irby, executive director at Animal Wellness Action who testified before Congress in 2020 in support of the Horseracing Integrity and Safety Act. "The latest incidents on February 27th bring the death toll at the Penn National operated track to seven in 2021. Racing authorities and site operators should work to improve track surfaces, immediately ban the use of the whip, and implement policies that prevent horses from ending up in the slaughter pipeline – these are solid first steps to bringing credibility back to the venue."

The February 27th deaths come on the heels of a story in the Journal-News and Associated Press last month that revealed the deaths of three racehorses at Charles Town. Two more deaths occurred on February 3rd and 20th.

Irby, who was recently honored by Her Majesty, Queen Elizabeth, II for his work to protect American equines led the charge within the animal protection space in support of HISA and has long advocated ending the use of the whip, and for the passage of the Safeguard American Food Exports (SAFE) Act, led by U.S. Reps. Jan Schakowsky (D-IL), Vern Buchanan (R-FL), and U.S. Sens. Bob Menendez (D-NJ), and Lindsey Graham (R-SC) that would ban horse slaughter on U.S. soil, and ban the transport of American equines for the purposes of slaughter.

Animal Wellness Action (Action) is a Washington, D.C.-based 501(c)(4) organization with a mission of helping animals by promoting legal standards forbidding cruelty. We champion causes that alleviate the suffering of companion animals, farm animals, and wildlife. We advocate for policies to stop dogfighting and cockfighting and other forms of malicious cruelty and to confront factory farming and other systemic forms of animal exploitation. To prevent cruelty, we promote enacting good public policies, and we work to enforce those policies. To enact good laws, we must elect good lawmakers, and that’s why we remind voters which candidates care about our issues and which ones don’t. We believe helping animals helps us all.