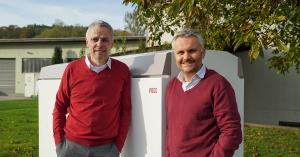 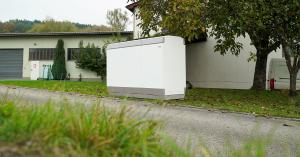 Vigos is made for outdoor installations. 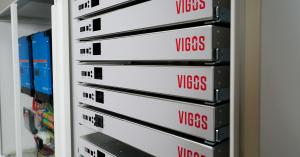 VöCKLAMARKT, AUSTRIA, November 2, 2020 /EINPresswire.com/ — The Austrian company BlueSky Energy developed a new battery storage for outdoor installation. The outdoor storage system named Vigos is designed to operate in temperatures from minus 30 degrees Celsius to plus 50 degrees Celsius and withstands rain, snow and frost. The device is scalable from 18 to 96 kWh and is delivered ready for connection.
Durable and safe

"BlueSky Energy stands for safe power storage," explains managing director Thomas Krausse. He adds: "While our established GREENROCK saltwater batteries are suitable for constant energy supply, Vigos expands our portfolio for outdoor installations in even more extreme temperature ranges. The new all-weather battery has been especially developed for applications where a lot of power is required in a short time."

Vigos has a service life of up to 20,000 cycles. Due to its high performance and cycle stability one can charge and discharge it several times a day. BlueSky Energy offers a ten-year warranty. Vigos is compatible with the company's GREENROCK saltwater storage systems.

From private homes to agriculture and the hotel business

Vigos cuts peak loads and charges electric vehicles out of the batteries within a very short time. The high charging and discharging performance with a C-rate of up to 2.0 makes that possible.

"When farmers operate the milking facilities or dinner is prepared in the hotel while guests are charging their e-cars and relaxing in the spa, there is a short-term increase in electrical power consumption. Users cover peaks with the Vigos storage system and thus save on electricity costs. Additional charges for higher grid services and expensive, sometimes very time-consuming extensions of the grid connection are no longer necessary," explains Krausse.

The outdoor power storage Vigos is capable of emergency power, island operation and black start. In the event of a power failure, the system automatically switches over to its own circuit in less than 20 milliseconds. If connected accordingly, the PV system simply continues to operate. "We can proudly say that we offer our customers very great advantages with these functions and enable a real emergency power supply with black start capability even over several days. This way we can secure critical infrastructures such as water supply and the sewerage system against blackouts," explains Krausse.

In remote areas without grid connections Vigos allows you to be completely self-sufficient. Different energy sources such as combined heat and power plants, PV and wind power plants or diesel generators easily integrate with Vigos.

BlueSky Energy is a supplier of energy storage solutions for private and commercial applications with locations in Austria, Belgium and the USA. The company was founded in 2012 and has successfully realized hundreds of projects since then. Safety has the highest priority: all storage units are neither flammable nor explosive. BlueSky Energy employs around 45 people and has been building up its own cell production for saltwater batteries in Austria since September 2020. 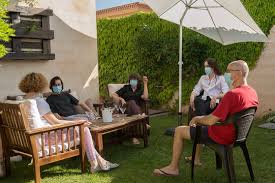 HUNTSVILLE, AL, US, November 1, 2020 /EINPresswire.com/ — Tech Innovation Global Incorporated® is a verified vendor in data analysis reviews, integrated supply capabilities and best practices/innovations, and collaborative healthy habits with a goal to flatten the curve. The seasonal flu is upcoming, and screening individuals symptoms for identification is available in determining if the situation is COVID or not COVID. People at highest risk for severe diseases include seniors and those with conditions such as hypertension, cancer, cardiovascular disease, chronic respiratory disease and diabetes. As COVID cases continue, we must continue to wear masks and face coverings; keep people safe and healthy by separating 6 ft apart; wash hands for at least 20 seconds, and test, which all reduce the spread of COVID-19 in health care setting and the general community.

Tech Innovation Global Incorporated® is a certified WOSB. Mission Statement: Our mission is to provide review of data needed during COVID-19, focus on additional safety, analysis, innovation/best practices, screening, and collaborative healthy habits with a goal to flatten the curve. 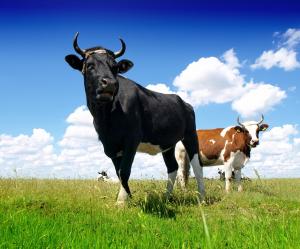 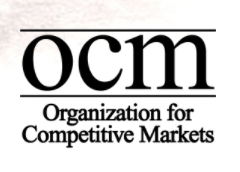 NCBA president Marty Smith’s attack against OCM board member Marty Irby is disparaging and hypocritical as NCBA has partnered with both the Humane Society of the U.S., ASPCA, and World Wildlife Fund.”
— Mike Eby, executive director of OCM

The statement follows a campaign of misinformation by NCBA president Marty Smith who attacked OCM, it’s board members, and cowardly deflected open conversations related to NCBA’s consistent pattern of spending hard-earned farmer dollars to further the monopolization of industrial agriculture and policies that work against the interest of the very cattlemen who’ve funded NCBA for decades.

“OCM stands firmly in support of putting more farmers back on the land, and reigning in the egregious and illegal activities NCBA continues to engage in. NCBA president Marty Smith, was invited to speak with stakeholders in his home state who simply wanted to engage in an open dialogue on how to solve the radical declines of beef prices that have shuttered the industry, and furthered the globalization of industrial agriculture now controlled by a monopoly of four big packers.

“The meetings were not initiated by OCM and came to fruition as a result of Florida cattlemen who requested OCM attempt to bring industry stakeholders together for the betterment of the industry. Smith’s cowardly disparagement campaign, and failure to disclose NCBA’s partnerships with the World Wildlife Fund, Humane Society of the U.S., and the ASPCA, is simply the ‘pot calling the kettle black,’ and Smith should be ashamed of his actions.”

OCM, along with more than 250,000 farmers and ranchers across America, the Heritage Foundation, and others have been pushing for checkoff reform and pushing to advance the Opportunities for Fairness in Farming (OFF) Act, S. 935/H.R. 5563, introduced this Congress by Sens. Mike Lee (R-UT), Cory Booker (D-NJ), Rand Paul (R-KY), and Elizabeth Warren (D-MA) in the Senate and Rep. Dina Titus (D-NV) in the House. Rep. Matt Gaetz (R-FL) has cosponsored the bill in the 116 th Congress, as well as Rep. Mark Pocan (D-WI), Rep. Steve Cohen (D-TN), and Rep. Joe Neguse (D-CO).

“It was disappointing that once again NCBA was not willing to participate in current industry discussions,” said Vaughn Meyer, president of the Organization for Competitive Markets.

“NCBA president Marty Smith’s attack against OCM board member Marty Irby is disparaging and hypocritical as NCBA has partnered with both the Humane Society of the U.S., ASPCA, and World Wildlife Fund,” said Mike Eby, executive director of the Organization for Competitive Markets.

Documentation of NCBA’s partnerships with The HSUS, ASPCA, and WWF can be found here, here, and, here.

The OFF Act has received endorsements from the Journal Times, Muskogee Phoenix, Kenosha News in Wisconsin in 2020 and we’ve also gotten some recent additional press on the bipartisan support in the Milwaukee Journal Sentinel. The Daily Caller's 2018 Investigation on the Dairy Checkoff revealed numerous abuses, and the Government Accountability Office's 2017 report clearly reported evidence of the need for checkoff reform.

Further information regarding the corruption of commodity checkoffs and the 10 most egregious abuses of the checkoff programs is below:

1. In 1999, the Office of Inspector General (OIG) found that USDA had "relinquished too much authority to its primary contractor, the National Pork Producers Council (NPPC), and has placed the NPPC in a position to exert undue influence over Board budgets and grant proposals."
2. In 2000, the majority of American hog producers passed a referendum to end the pork checkoff, only to have USDA overturn their decision.
3. In 2010, an independent audit of the equivalent of just nine days of beef checkoff program spending found more than $200,000 in improper spending by the primary beef checkoff contractor, the National Cattlemen's Beef Association (NCBA), including the use of checkoff dollars for lobbying and overseas vacations.
4. In 2014, after waiting more than 18 months to receive Freedom of Information Act records from USDA on expenditures of the Beef Checkoff Program, the Organization for Competitive Markets was filed a lawsuit to obtain public records relating to Beef Checkoff audit reports. NCBA has entered the case blocking the release of over 12,000documents. This case has been ongoing for four years.
5. In 2015, documents obtained under a Freedom of Information Act request showed that the American Egg Board illegally used checkoff dollars to attempt to halt sales of an egg-free mayonnaise product.
6. In 2016, it was discovered that the Oklahoma Beef Council lost 2.6 million checkoff dollars to embezzlement by a staff member who wrote 790 fraudulent checks to herself during a 10-year period.
7. In 2017, USDA came under fire for failing for more than four years to publish legally required annual financial reports on the $400 million per year dairy checkoff.
8. In 2018, the Ohio Beef Council illegally used government property to promote a fundraiser for a gubernatorial campaign on behalf of the trade and lobbying group, Ohio Cattlemen's Association. According to the Ohio Cattlemen's Association's brochure, the Ohio Beef Council is also actively engaged in soliciting campaign contributions on behalf of the Ohio Cattlemen's Association's Political Action Committee (PAC) through the state agency's email domain.
9. In 2018, a federal judge ruled that the USDA unlawfully approved spending $60 million of hog farmers; checkoff money on a defunct promotional campaign.
10. According to the NCBAs 2015 IRS Form 990, beef checkoff funds make up approximately 73% of the lobbying group's total annual budget. As much as 72% of the NCBA president's nearly half a million-dollar salary comes from beef checkoff funds. NCBA membership accounts for less than 4% of cattle producers.