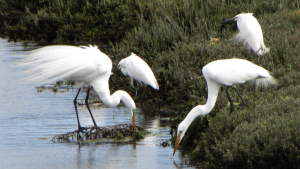 The War on Wildlife is being waged against the animals in LA’s Ballona Wetlands! 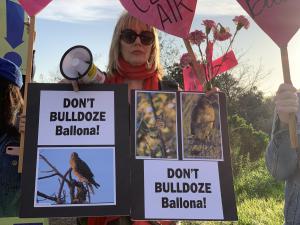 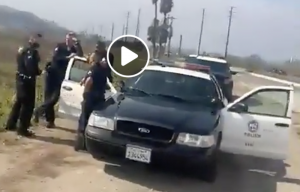 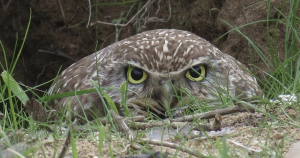 This unwise plan would wipe out wildlife, including this owl, photographed in Ballona Wetlands.

Wildfires are destroying habitats from California to the Amazon. Brazil's Pantanal, the world's largest wetlands, is on fire. So, why would California want to destroy LA's last coastal wetlands?”
— Environmental Activist

This Thursday, October 29th at 11am pacific, LA City Council candidate Molly Basler, an environmentalist with the Green Dream Campaign and Climate Reality Project/LA, will lead a musical protest against the proposed bulldozing and destruction of the Ballona Wetlands in Playa del Rey, California, which includes ongoing work on gas rigs inside this state ecological reserve. Demonstrators will gather at Culver and Jefferson and then walk to SoCalGas’s nearby construction site within the wetlands. The protest will be carried LIVE on JaneUnChained News Network Facebook page: facebook.com/JaneVelezMitchell Visuals and audio will include musical instruments.

Opposition is mounting to the controversial proposal to spend more than 250 million public dollars and about a decade bulldozing LA’s last coastal wetlands, creating a traffic nightmare on LA’s Westside and hell on earth for wildlife. DefendBallonaWetlands.org lays out, in detail, the problems with this plan.

The Ballona Wetlands Ecological Reserve is home to more than 1,700 species of plants and animals including endangered and threatened species. Gray Foxes, Burrowing Owls, Short-Eared Owls, Snowy Egrets, Striped Skunks, Least Terns, Red-winged Blackbirds, White-tailed Kites, Great Blue Herons, Green Herons, Northern Harriers, Brown Pelicans and many other species call this wetlands home. Also relying on the Ballona Wetlands are the Least Bell’s Vireo, considered endangered, and Belding’s Savannah Sparrow, also endangered. That’s correct. They plan on destroying the habitat of endangered species! This cannot stand in LA, considered one of the world’s most environmentally-friendly cities. Photos of all of these wild animals have been taken and are on exhibit for anyone to see at DefendBallonaWetlands.org. Thousands of additional Ballona Wetlands photos can be seen at tinyurl.com/ballonaphotos

Among the dozens of organizations opposed to the bulldozing plan are: Sierra Club, Protect Playa Now, Ballona Institute, the LA County Democratic Party, West LA Democratic Club, Torrance Democratic Club, Food and Water Watch, California Cultural Resource Preservation Alliance, Inc., Del Rey Residents Association and the Green Dream Campaign. In Defense of Animals has led the charge against the obliteration of the wildlife at Ballona, urging public officials, including California Governor Newsom, to scrap the ill-conceived project. IDA’s Lisa Levinson will join the protest remotely. So will Lisa Karlan and Marcia Hanscom, two plaintiffs in a lawsuit aimed to stop the bulldozing and challenge the misuse of public funds.

The argument for razing the wetlands is the need for public green space in an area with millions of residents. However, the size of the land mass will not change. Critics of the bulldozing plan point out that the public could be granted considerable access right now, without a decade of destruction and the decimation of wildlife. However, a large, artisticgate, that was built with public funds, remains locked, depriving the public of access to trails, bike racks and benches that are ready to use. And, who holds the key to that gate? SoCalGas.

That’s right. Critics make a strong argument that this so-called “restoration” has a hidden agenda: to allow the fossil fuel industry to refurbish the crumbling gas storage facility that sits under the wetlands. In fact, even though the bulldozing plan’s Environmental Impact Report has not received final approval, the industry has quietly received permits from state oil & gas regulators to begin moving their equipment. Recently, when LA City Council candidate Molly Basler attempted to photograph this work while standing on the public sidewalk, the gas company called police and three cop cars converged around her. She was falsely accused of trespassing.

The people of LA have a right to be heard. This unpopular and destructive plan is replete with miscalculations on crucial issues like flood risk, since part of the plan is to demolish the Ballona Creek levees, which provide important flood control for the neighborhoods and roads surrounding the wetlands. California Governor Newsom, California Dept. of Fish and Wildlife and SoCaGas are invited to respond and dialogue.