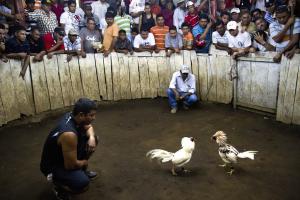 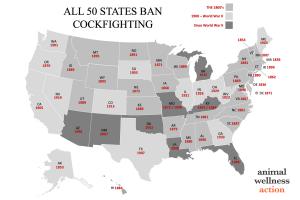 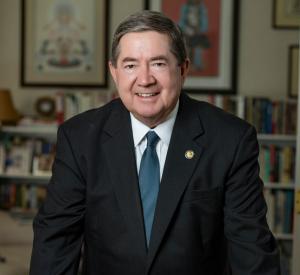 Former attorneys general from La., N.M., & Okla. – last states with legal cockfighting – said the "cockfighting as culture" claim has long been a misdirection

The United States has the authority to outlaw staged animal fights in the U.S. Territories, and it has done so.”
— Drew Edmondson, co-chair of the Animal Wellness Law Enforcement Council

WASHINGTON, DC, UNITED STATES, December 15, 2019 /EINPresswire.com/ — Former attorneys general from the last states to outlaw cockfighting – Louisiana, New Mexico, and Oklahoma – called on political leaders in the five U.S. territories and the U.S. Attorneys who enforce federal laws in those jurisdictions to stand together and signal to the animal fighting community that it must adhere to our federal animal welfare statutes. As of December 20th, an amendment to the Animal Welfare Act takes effect that eliminates any ambiguity that dogfighting and cockfighting and related activities are strictly forbidden in all U.S. territories. Congress gave the territories one year to wind down animal fighting and the new provision of law takes effect before the end of this year.

All of these attorneys general witnessed the wind down of legal animal fighting in their states and they heard plenty of arguments that cockfighting was a cultural right.

“Cockfighting is settled matter, as a question of moral conduct and law,” said Drew Edmondson, who served as Oklahoma Attorney General for 16 years. During Edmondson’s third term, voters outlawed animal fighting, making it the 48th state to ban the practice. Edmondson defended the law in the courts, and the Oklahoma Supreme Court unanimously affirmed that, as written, the law was constitutional and a proper exercise of state authority.

“Cockfighting is not a feature of Latino culture, despite the arguments brandished by animal fighters in my state,” noted former Attorney General Patricia Madrid, a Latina politician who served two terms before the New Mexico legislature barred cockfighting in 2007 and made it the 49th to do so. Former Governor Bill Richardson, one of the most prominent Hispanic politicians in America, signed the legislation into law. “A majority of our citizens are of Latino descent,” added Madrid, “and they fiercely resist the idea that cruelty to animals is a cultural prerogative.”

“For many years, I heard from cockfighters that citizens of Cajun descent had a cultural right to cockfight,” said former Louisiana Attorney General Richard Ieyoub, who served three terms. “Polling data in our state showed that people from every region and every heritage considered animal fighting to be inhumane and unacceptable.” As with federal lawmakers, Louisiana senators and representatives allowed for a one-year phase out of cockfighting before the law went into effect.

As with the territories, Louisiana, New Mexico, and Oklahoma each had dozens of fighting pits and hundreds of “cockfighting farms” that bred birds for fighting. Some state officials said there had been 2.5 million fighting birds in Oklahoma.

Cockfighting is both openly and clandestinely conducted in American Samoa, Guam, the Northern Marianas Islands, Puerto Rico, and the U.S. Virgin Islands, and, according to sources, these jurisdictions are receiving fighting birds via the U.S. Postal Service, which is already a violation of federal law.

The Congress has upgraded the federal law five times in the last two decades (2002, 2007, 2008, 2013, and 2018), and made animal fighting; possessing animals for fighting; transporting fighting animals or fighting implements across national, state, or territorial lines; or bringing a minor to a fight a federal felony. It is a federal misdemeanor to attend an animal fight.

Cockfighters in Puerto Rico have challenged the latest upgrade to the federal law against animal fighting, and the U.S. Department of Justice has defended it, declaring that the Congress has the explicit authority to outlaw this form of animal cruelty because it is inherently bound up with interstate commerce. “Just as courts have unanimously affirmed the ability of the federal government to restrict animals fighting in the fifty states,” wrote attorneys from the U.S. Department of Justice in a motion before the U.S. District Court in Puerto Rico, “so too may it do so with respect to the territories.”

According to the Department of Justice in its motion for summary judgment in response to a challenge to the federal law from cockfighters in Puerto Rico, the upgrade in the law stipulated that cockfighters “may not sponsor or exhibit cockfights, just as prior to §12616 they were prohibited from attending cockfights, possessing game cocks, or engaging in other animal fighting practices that were prohibited both in Puerto Rico and nationwide.”

“The United States has the authority to outlaw staged animal fights in the U.S. Territories, and it has done so,” added Drew Edmondson, who is co-chair of the National Law Enforcement Council for Animal Wellness Action and the Animal Wellness Foundation. “The Congress, the Federal Courts, and the U.S. Department of Justice have been crystal clear on the matter: engage in animal fighting activities and risk going to prison. All of our political leaders need to remind their constituents, no matter how enthusiastic they are about their sport, of these legal realities.”