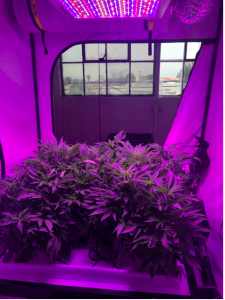 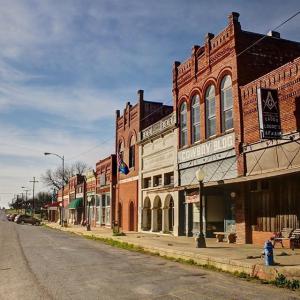 CitizenGrown is shaking up the cannabis industry by putting the power of this $66 billion industry into the hands of everyday people. The mission begins today.

Cannabis and Compassionate Capitalism: Introducing CitizenGrown, “By the People, for the People.”

What do $2.7 million, Wu Tang Clan and automation technology all have in common? They are all a part of CitizenGrown, an SF-based cannabis company that just set up shop in Oklahoma and is poised to shake up "business as usual" in the $66-billion cannabis industry.

CitizenGrown is the first cannabis company whose model immediately allows for profit sharing with individual citizens; it’s mission is to enable everyday people to benefit from growing CG's product in its proprietary hardware Nodes. The Nodes are highly automated, so anybody can use them. All growth metrics are tracked by the company’s proprietary software and, once the growing is done, the final product is sold through CG’s dispensary partners and distribution channels, with the citizen grower getting a share of the profits. The CG model also envisions additional services for the growers, such as financial and vocational training.

"There is a glaring unfairness in the cannabis space, both historically and right now,” says the company’s CEO, Redg Snodgrass. “At the same time there is enormous opportunity. We want to be a part of the solution here,” he continued. “In Caddo, we are building a model that can be used as an example across the country. We have the ability here to show governments and consumers how to do this right, and how everyone can prosper.”

Today, CG debuts its unique citizen-centric model in Caddo, Oklahoma and in the next month, it will begin selling its CG products. A small, underemployed town that has been forgotten, "Caddo is the perfect place to show the world what we are growing, how we are growing and why they should care," says Snodgrass. Oklahoma is one of the states that have been hardest hit by non-violent drug offenses, another criteria for CitizenGrown’s targeting, and at the heart of CG’s mission is to enable the 250 or so households in Caddo to have a second chance and less of a financial burden. In the last three weeks, the CitizenGrown team has begun recruiting local citizens who, upon Harvest, will immediately see revenue. It is scouting local school and park projects to further better the community. It shares a wall with the police station, the ranks of which are curious and excited to support this new chapter for the city.

CitizenGrown's transformative approach to this industry has garnered the attention of hip hop legends (Raekwon from Wu Tang Clan, Charlamagne tha God), political powerhouses (Bakari Sellers, Alan Sollow), Silicon Valley executives (Jahan Khanna, James Schwab), and others who value the company's marriage of innovation and social responsibility. Raekwon is a Brand Ambassador and his curated line of CG products will hit shelves this year. Solow, known for his pioneering work with the Obama campaign, is an Advisor in charge of mayoral outreach, so that the CG model can be replicated across the nation. Other brand and strategic partners will be announced in the next months, as well as plans for regional expansion.

“This is really about building a sustainable economy for everyday people,” said Snodgrass. “We want to provide deserving, hard-working people the opportunity to — quite literally — grow with us.” Snodgrass went onto note that, currently, the bulk of the wealth of the cannabis industry is concentrated in the hands of a very few. “We can talk all day about how we, as a culture, need to be wary of big business…with CG, we get to do more than talk — we get to change the system. ” Snograss concludes, “We knew we could grow better quality products, more efficiently, and with a consistent yield. We were excited to demonstrate that. Caddo brings our vision to life and the people demonstrate why it’s important.”

Raekwon on CitizenGrown and fairness