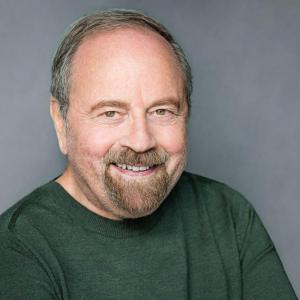 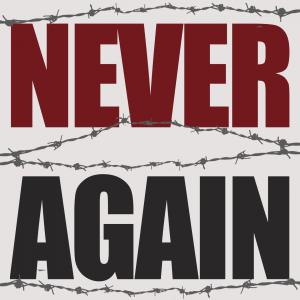 Let’s be clear; I am not equating the Holocaust and human life with the millions of animals slaughtered every week for U.S. dinner tables.”
— Dr. Alex Hershaft

WASHINGTON DC, UNITED STATES, April 30, 2019 /EINPresswire.com/ — Holocaust Memorial Day on the Jewish calendar is this Thursday, May 2; in the wake of yet another deadly synagogue shooting, talk to Warsaw Ghetto survivor and leading animal rights activist Dr. Alex Hershaft about anti-semitism and animal rights, and what he sees as the undeniable link between the two

Alex is the President of Farm Animal Rights Movement (FARM) and a co-founder of both FARM and the worldwide movement for animal rights. He holds the very controversial view that equates the Jewish holocaust with what he calls “the brutal slaughter of animals in hellish conditions every day….just like concentration camps.”

Hershaft knows about deadly anti-semitism firsthand; his childhood was spent under brutal Nazi control, walled into the infamous Warsaw Ghetto (made famous in the movie “The Pianist”). Many of Alex's family members including his father died in Nazi work camps. On April 19th, 1943, the Warsaw Ghetto staged a desperate uprising that lasted several weeks. That date is observed throughout the world as Holocaust Remembrance Day. This year, it falls this Thursday, May 2nd according to the Jewish calendar.

Moving to America and becoming a U.S. citizen after World War II, Alex worked for many years in materials science and environmental consulting and received a work assignment to a Midwest slaughterhouse in the 1970s. He immediately saw parallels between the death camp extermination and animal slaughter, including “mass roundups, skin branding, transport by cattle cars, crowding in wood stalls, brutality and the dispassionate application of mass extermination.” It caused him to flash back to what he saw during the Holocaust and changed his life’s mission forever-Alex became a vegan and eventually one of the founders of the U.S. animal rights movement.

Dr. Hershalft knows that making the controversial comparison between the Holocaust and animal slaughterhouses may rub people the wrong way.

“Let’s be clear; I am not equating the Holocaust and human life with the millions of animals slaughtered every week for U.S. dinner tables. But I am saying that all sentient beings, animals and people, share a love of life and the ability to experience emotions, including affection, joy, sadness, and fear. And far too often, these animals, with faces, families, and feelings, are treated just as badly as Holocaust victims.”

Born in Warsaw, Poland shortly before World War II began, Alex survived Nazi persecution and sought refuge in the US, where he held a long career in materials science and environmental consulting and a prominent role in the movement for religious freedom, prior to dedicating himself to animals. Alex organized the first Animal Rights National Conferences, World Day for Farmed Animals, Meatout, and a dozen other initiatives – and was inducted to the Animal Rights and Vegetarian Halls of Fame.

As a child, Alex Hershaft was held in captivity by the Nazis in Poland’s Warsaw Ghetto and witnessed first-hand dozens of brutal beatings, senseless shootings and people dropping dead of typhus and hunger in the streets. Young Alex was finally smuggled out of the ghetto and survived the Holocaust…but most of his family did not. His father died following internment in a German slave labor camp.

His life forever shaped by what he experienced as a child, Dr. Hershaft is now one of the godfathers of the worldwide animal rights movement, and the co-founder of Farm Animal Rights Movement (FARM). He sees huge parallels in the Holocaust and animal rights and says “for millions of animals, especially those raised in these huge, cruel industrial farms and slaughterhouses, every day is like being in a death camp."

Still very active in the animal rights movement, Dr. Hershaft recently participated in a protest to block trucks jammed full of pigs from entering a slaughterhouse in Smithfield, Virginia and his findings were horrific. During a 24-hour period, over 6,000 pigs were stunned by electrical shock, hoisted up by their hind legs and have their throats slit open."You could literally hear the pigs crying in the trucks on their way to slaughter. This was just one event, in one day, but things like this and much worse happen every day all over the world. The similarities to what I saw as a child of the Holocaust are stark. As a survivor, I am honor-bound to call public attention to this ongoing tragedy.”