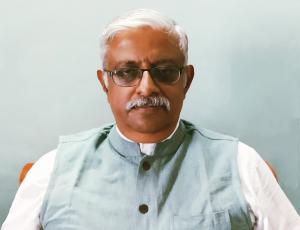 Company planning to raise about USD10 million funds in the next few months to fuel its expansion plans.

Mumbai, December 27: Drone manufacturer Zuppa is planning to raise about USD10 million funds over the next few months to fuel its expansion plans. The company’s plans comes after the Union government recently came out with new regulations on the use of drones by private citizens by lifting a 2014 ban.

Zuppa, owned by Chennai-based Sree Sai Aerotech Innovations Pvt. Ltd. (SSAI), plans to use the funds to scale up its existing products that have been developed using its proprietary technology and penetrate existing markets.

The expansion plans include developing newer applications for its core drone technology and service the jump in demand for its AIS 140 compliant Vehicle Tracking and Telematics Systems (VTS), which are mandated by the Ministry of Road Transport & Highways (MORTH) as well as among automobile OEMs.

Zuppa’s founder Sai Pattabiram said, “Our bankers have identified few VCs and strategic investors and we look at closing the funding round in the next two quarters and the company has already raised USD1 million from IndiaNivesh Special Situations and Growth Fund and MapMyIndia, a GPS navigation and tracking solution provider.”

Pattabiram said that the company is now ready to expand in its core drone manufacturing space after the Director General of Civil Aviation (DGCA) came out with the new set of regulations which came into effect from first of this month. The regulation classifies remotely piloted aircraft (RPA) or drones as nano, micro, small, medium and large drones along with the do’s and dont’s of flying these drones.

He added that “Zuppa designs and manufactures its drones in India and also have a global patent for their drone technology. The company is a process of manufacturing an aeroplane-like drone (about one meter in length) that can be used to map larger areas in a shorter time and can be used in mapping and monitoring agricultural lands. Pattabiram said such drone can monitor 1000 acres of land in just one flight.”
The Director General of Civil Aviation (DGCA) had come out with a new set of regulations in August this year and the same has come into effect from December 1. The Company is actively engaging with Civil Aviation authorities being the only manufacturer of Drones in India to ensure successful implementation of the regulations and the future of the drone industry in India.